Capoeira is a game between two people. It’s like a game fight to music with skill, strategy, dance, and acrobatics. Playing capoeira involves a spontaneous and spectacular exchange of non-contact attacking and defensive movements, where the two players try to create an opportunity to trick, trip or kick their partner. There is no official winner but players and spectators will each decide who played the best game!

Capoeira combines dance, martial arts, music, drama, acrobatics, socialising and much more. Capoeira is an Afro-Brazilian artform that was born out of the struggle for freedom of the slaves in Brazil. It’s origins are old although now it has evolved and spread across the world in a variety of styles. 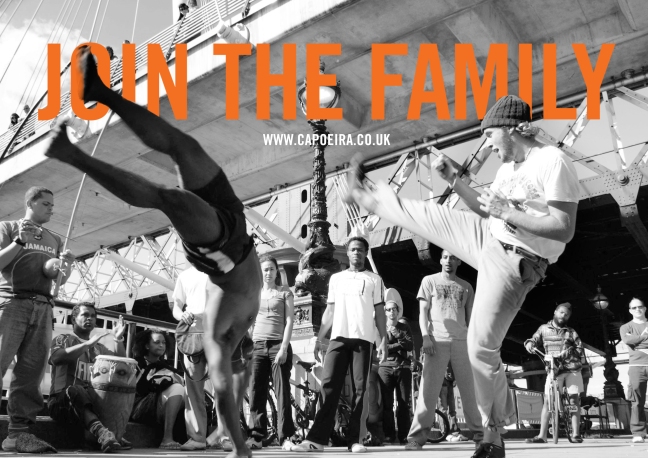