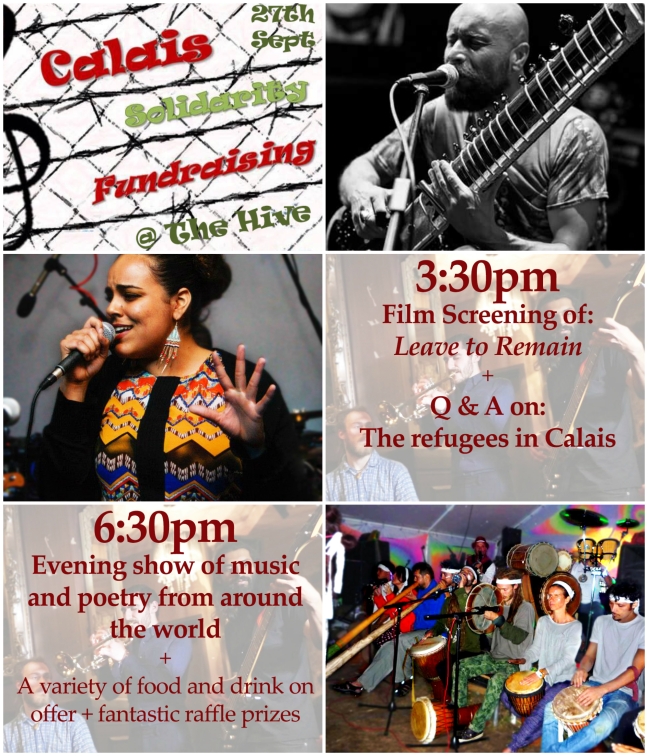 The Calais Solidarity Festival collective is holding another exciting fundraiser to be able to hold a festival alongside the migrants of Calais – see below for more details on the wider project.

4PM
– Screening of the powerful film “Leave to Remain”, directed by Bruce Goodison. Based on real-life stories, it tells the story of two Afghan teenagers who flee to the UK and have learn how to deal with a cruel asylum system. Watch the trailer here http://leave2remainthefilm.com/

– Q & A session about the current situation in Calais

There will also be a selection of food and soft drinks available, as well as a raffle with amazing ethical prizes on offer. Every penny taken at this event will go towards the Calais Solidarity festival that we are working towards.

Please note that we will not be selling alcoholic drinks at the venue but you can bring your own if you wish to do so.

Calais Solidarity Festival, taking place in mid-late October (Date TBC) is aiming to work with people in Calais to transform the camps – which some refer to as “The Jungle” – into a celebratory festival to honour the people of Calais, their journeys, power and resistance. The festival will run a weekend full of music and art performances, capoeira and music workshops, hand-cooked meals, and other activities to be confirmed at a later date. We will also be delivering supplies (clothing, toiletries, first aid materials, etc) and non-perishable food.

The Hive generously offered their ethical social centre for this event at very late notice. We are very grateful, but we regret that the venue is not wheelchair accessible. The rights of people with disabilities mean a lot to us and we will continue doing everything we can to locate accessible venues in the future that are willing to donate their space. 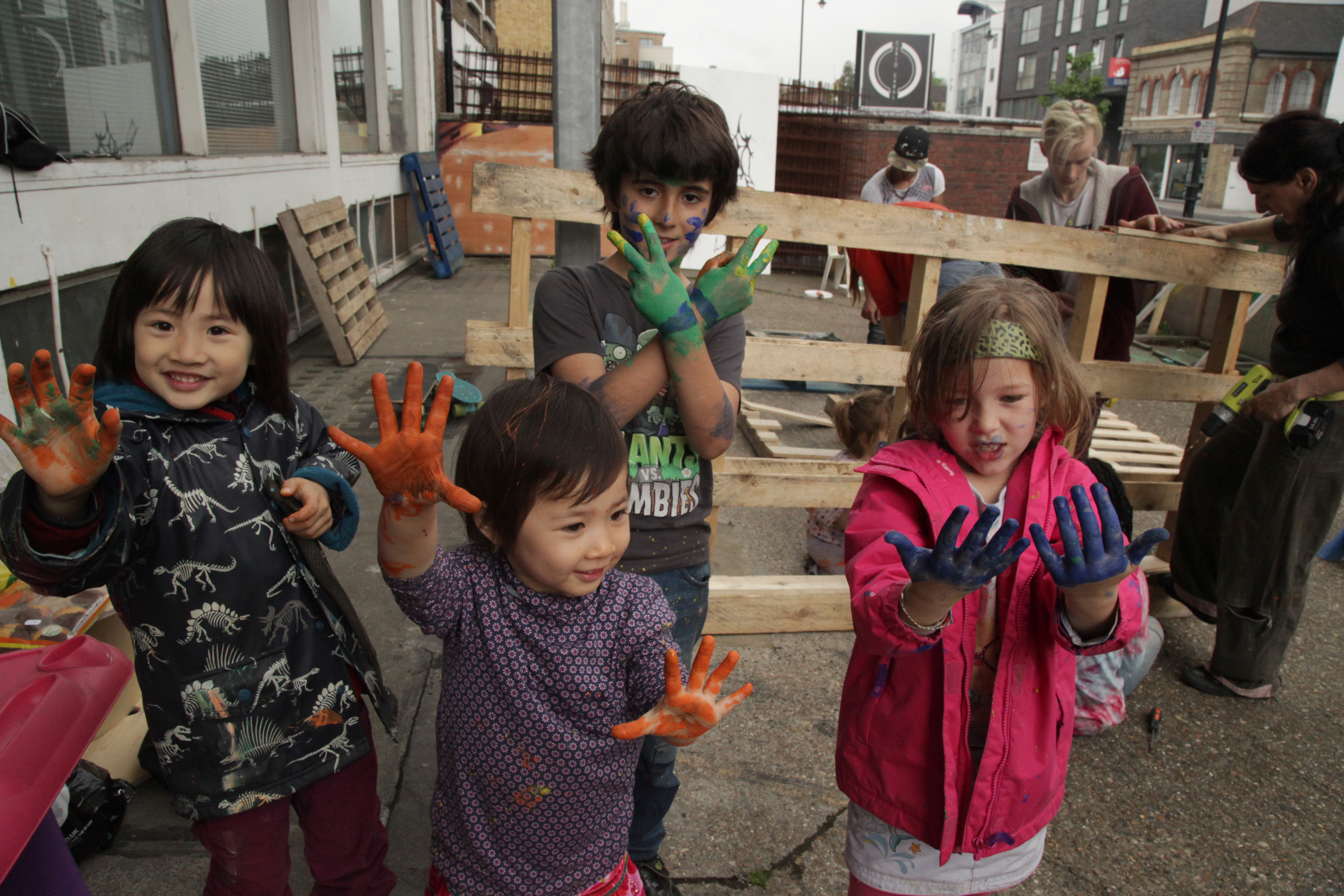 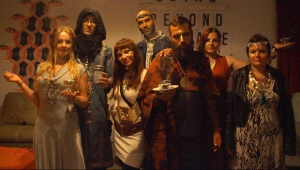